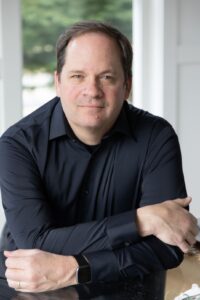 Curt Newport is a veteran Hospitality Professional and Corporate Trainer, as well as currently certifying hundreds of people per year in (Cardio Pulmonary Resuscitation) CPR. He spent over a dozen years in the Hospitality Industry, in several capacities ranging from Department Manager to General Manager at individual hotels, where he has a proven track record in both organizations of financial results, low turnover and high employee satisfaction, as well as positions such as Training Manager for North America and Director of Training. When his first son was born, he got off “the road” and sought out positions that had him home most nights.

Since 1998, Curt has been involved in Fire and Rescue as a volunteer, and has trained as both a Firefighter and Emergency Medical Technician. Curt currently serves as Rescue Chief at his department, and is an active First Responder.

Curt founded Newport Enterprises in 2007 as a blend of his two passions, Training and EMS. After several years as an “in house” CPR instructor, and numerous requests from the community, the company was launched as an effort to bring quality, professional instruction outside of their traditional locations in Hospitals and Libraries, and provided by instructors who are “out there every day” as responders, themselves.

Curt is a Varsity sports official, in baseball, volleyball and soccer. Curt also coached travel soccer for 10 years, and is a licensed Private Pilot with an Instrument Rating. Curt works part time for Major League Baseball during the season, streaming data from the ballparks in Baltimore and Washington. His oldest son plays college soccer in Charlotte, NC, and his youngest is on the varsity squad at high school, as well.

Curt graduated from Northern Arizona University with a degree in Hotel and Restaurant Management, and is originally from San Diego.

Curt and his family live in Loudoun County, Virginia.